Prepare for the best things to come as Cassper Nyovest joins the Bitcasino family as a proud ambassador. The talented artist will share the thrill of crypto gaming with his fans worldwide, and Bitcasino needs your help spreading the good news!

Join Bitcasino and Cassper Nyovest in promoting a new and innovative way to experience online gaming through crypto. Earn up to 45% of the revenue sales as you reach high first-time depositor (FDT) rates through your content when you sign up at Partners.io as an affiliate.

Find out more about Cassper Nyovest and Bitcasino’s partnership below:

Cassper Nyovest: A global artist and a boxer at heart

Cassper Nyovest is one of the most prolific artists in South Africa, releasing hits that top the music charts. One of his most famous songs is Siyathandana, featuring Abidoza and Boohle, a light and fun song about two house workers daydreaming of a better life.

He is an artist that loves to venture outside his comfort zone and create something new with his music that no other artists can replicate. He uses his talent to deliver his message to the world and his fans.

Of course, that’s not all there is to Cassper Nyovest. Outside of being a musician, he is also an avid boxing fan and devotes his time to honing his skills in the ring.

In everything he does, Cassper lets his passion fuel him forward and doesn’t let anything stand in the way of achieving his dreams.

Cassper Nyovest as an artist

Cassper Nyovest, or Refiloe Maele Phoolo, was born in a Mafikeng village called Montshiwa on December 16, 1990. At the young age of 12, he discovered his interest in rapping and music.

Cassper formed a group called ‘Childhood Gangsta’ with his friends when he was 24 years old and later joined an official rapper group called ‘Slow Motion’ with the famous record producer Aashish Gangaram from Ganja Beatz.

He further pursued his love for music when he dropped out of school and moved to Johannesburg as a rapper and music producer.

‘I told my parents that I’d rather chase my dream, which I believe is going to work’.

Cassper Nyovest as a boxer

Aside from his love for music, Cassper Nyovest is also known for his interest in boxing. As someone who eagerly pursues everything he sets his mind, he isn’t one to shut his doors on trying new hobbies.

To jumpstart his career in boxing, Cassper joined boxing events like the Fame vs Clout tournament held on December 22, 2021. He was faced with the popular Youtuber Slik Talk and won the fight.

Cassper Nyovest also joined the Actor vs Musician boxing event held on April 9, 2022, at the Sun City Stadium. He fought against NaakMusiQ in a match that lasted five rounds. Despite losing the tournament, Cassper Nyovest only took it as a chance to improve his skills.

Bitcasino has always had a knack for innovation as the first licensed Bitcoin casino online. They continuously find new and exciting ways to give players the best crypto gambling experience.

It prompted Bitcasino to work with Cassper Nyovest, an artist who never stops searching for something new and is always pursuing the best, just like Bitcasino.

Aside from this, Cassper Nyovest also believes in the power of technology to push casino gaming forward and embraces how Bitcasino welcomed the use of digitised coins.

This partnership between Cassper Nyovest and Bitcasino not only aims to bring players the most fun crypto gaming experience online. But it is also a chance to witness the work of two visionaries in changing the world of online gaming!

As Cassper stated: ‘I’ve got to where I am today by hustling and making smart decisions, and that’s why I play at Bitcasino. These guys know how to treat their players, and are setting the standard for crypto gaming. It’s the only choice for me.’

Join Bitcasino as an affiliate today!

Spread the news of the fantastic partnership between Bitcasino and Cassper Nyovest. Let your audience find their way to the best online crypto casino experience.

Just like Cassper Nyovest, you can also partner with Bitcasino in helping more people discover the future of gaming through crypto. Sign up now as an affiliate at Partners.io and receive up to 45% revenue when you attract more than 51 FDTs in your blog, posts or videos about Bitcasino’s latest ambassador partnership.

Take part in changing the world of online casino gaming and create your piece about Bitcasino’s latest promotions and partnerships! 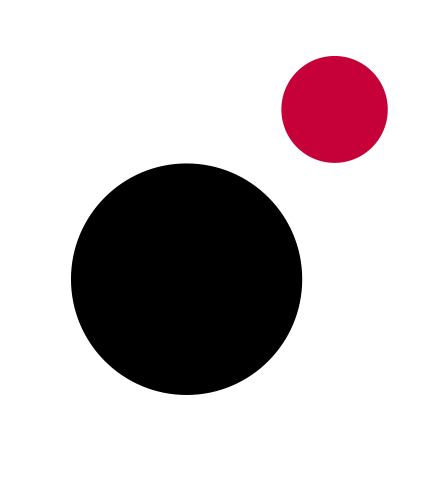